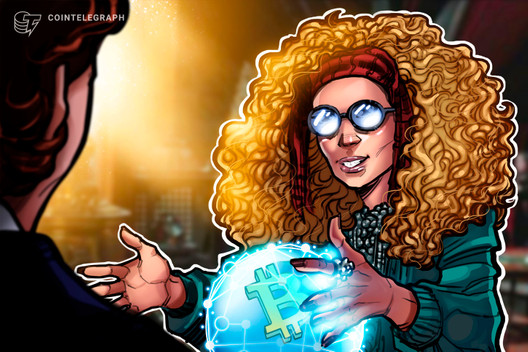 The recent price trend of Bitcoin indicates an Elliot Wave pattern forming, which traders say could result in a major correction.

The short-term trend of the Bitcoin (BTC) price since its drop to $3700 shows an Elliot Wave pattern forming on lower time frames. While the pattern can reverse to a bullish trend, the declining volume of BTC suggests it is not likely.

Technical analysts say that the declining volume of Bitcoin put together with stagnant open interest in futures and the abrupt V-shape recovery of the cryptocurrency market increase the likelihood of the Bitcoin price falling in the near-term.

A pseudonymous trader who called the $3,000 bottom of Bitcoin in December 2018 said that the current price action of BTC can be analyzed as either an Elliot Wave, a larger triangle, or a “larger flat.”

All three indicators suggest a short-term corrective pattern, given the lackluster volume in both futures and spot exchange markets.

The recent price trend of Bitcoin also closely resembles a Wyckoff Events and Phases pattern, which when played out could result in a retest of the low $4,000 region.

“There’s so many different ways you could count btc here. either wxy, larger triangle, larger flat, I’m not too sure, the one thing that does stick out is the series of 3 wave moves and lack of 5 wave motives. for this reason I think it’s still too early to call a bottom.”

The Elliott Wave pattern often divides traders on its practicality in evaluating price trends of cryptocurrencies, as it can be used to support both bullish and bearish scenarios. 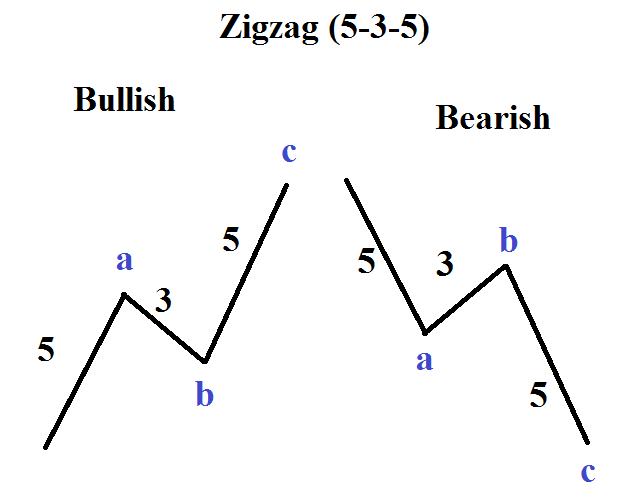 Hence, when technical analysts typically spot an Elliot Wave pattern forming on Bitcoin or other cryptocurrencies, they evaluate other key technical data such as the daily volume of spot exchanges.

Spot volume is a crucial indicator of actual demand from retail traders in the cryptocurrency market for Bitcoin. Unlike highly leveraged volume on futures exchanges, spot volume on major exchanges like Coinbase, Binance, Kraken and Bitstamp provides insight into the retail market.

For an asset that saw a 100% increase in price, the spot volume of Bitcoin has remained relatively stagnant, unable to rebound to mid-March levels.

Data from Skew shows that the spot volume of Bitcoin rose to as high as $1 billion on March 12, but has since dropped to below $250 million. 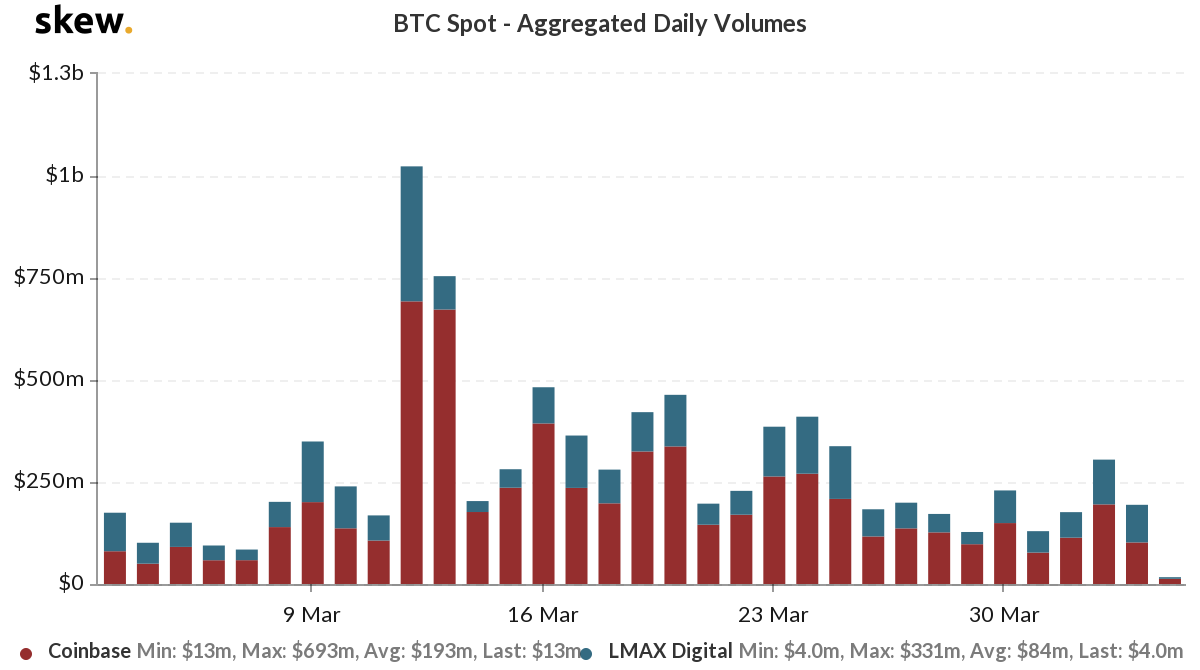 The low buying demand from retail investors and increasing inflow of capital into stablecoins generally indicate that investors are readying for another large Bitcoin drop in the near-term before reentering the market.