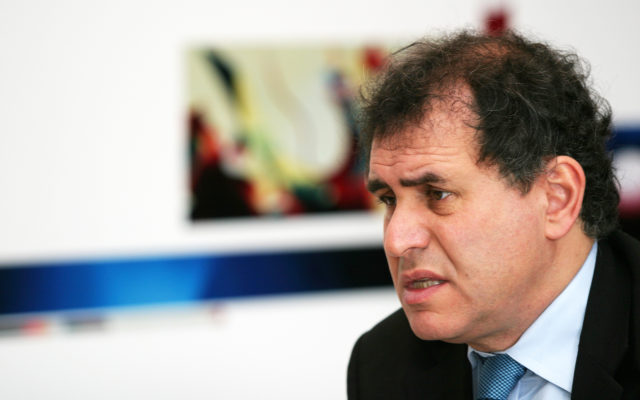 Anyone who says Bitcoin is a decentralized payment technology is bullshitting, according to noted economist Nouriel Roubini.

The chairman of Roubini Macro Associates called the cryptocurrency a “total flop” because it allocates power to only a handful of people. He claimed that almost every business activity that took place inside the Bitcoin industry has turned centralized. Mining, for instance, is now in the hands of a few big players, as not envisioned in the original Bitcoin whitepaper. Exchanges, too, practice significant control over the cryptocurrency’s liquidity and price.

Roubini also noted that a higher percentage of Bitcoin wealth belongs to a lesser number of people, which means they could move the cryptocurrency trend in any direction based on their preferences. Excerpts:

“Vitalik Buterin [the Ethereum co-founder] spoke about the inconsistent trinity. You can only encrypt something decentralized, scalable, and secure. Crypto does not satisfy even one of them let alone two of them.”

The statements appeared during a debate with BitMEX CEO & co-founder Arthur Hayes held last week at the Asia Blockchain Summit 2019 in Taiwan’s Taipei. Mayes projected Bitcoin as a technology that gives people financial security and freedom without needing a bank while Roubini dissented entirely.

The economist went on bashing Bitcoin for its lack of security, citing how centralized exchanges controlled 99 percent of the cryptocurrency trading. They didn’t have what it takes to secure their clients’ funds, which is reflective in the higher number of hacking incidents that took place in the past decade. Roubini further thrashed the idea of having public keys as a mean to protect oneself against an exchange’s immaturity, stating that anybody with a gun can force a person into sharing those private keys.

“If somebody holds me to a gunpoint and take me to an ATM, then there is 300 bucks out of me not $300 million. Bitcoin is completely insecure,” said Roubini. “Instead of being a sophisticated financial system, it goes back to the stone age.”

Hayes, on the other hand, believed that letting people have complete ownership of their money is what Bitcoin excelled at entirely.

“Bitcoin is for personal sovereignty. If you hold your keys, you are much less likely to lose them,” he reasoned.

Attacking Bitcoin Network is Bad for Everybody

On Nouriel Roubini’s remarks on centralization in Bitcoin mining, Hayes explained to the scholar that a mining pool does not necessarily mean a single operator’s control over the Bitcoin network. A pool comprises of many small miners allocating a certain percentage of computation power to confirm and add blocks on the blockchain.

“Bitcoin,” added Hayes, “has not faced a single 51 percent attack happening on the network and destroying the value. Because at the end of the day, if a miner or group of miners colluded to, say, reverse transactions, they would essentially bring the infrastructure’s worth down to zero. It is not in their interest to violate these rules and that is the whole point and that is why Bitcoin is more secure than any centralized system.”

Do you buy Dr. Doom’s ‘Bitcoin is bullshit’ narrative? Let us know in the comments below!