First Mover: Cardano’s No Ethereum Killer Yet, But It’s Winning in Crypto Markets

Cardano’s ADA token is racking up impressive gains this year, possibly over speculation the network’s early adoption of a proof-of-stake blockchain might help it win a growing share of the DeFi space. 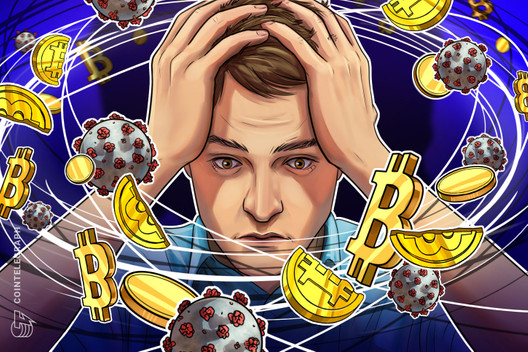 US Markets Rebound to Recover All Coronavirus Losses — What About Bitcoin?

Bitcoin price is stalling under $10,000 while the U.S. stock market nears a record high. The Nasdaq, an index which primarily represents tech stocks like Amazon, Microsoft, and Alphabet, has surpassed 10,000 points to hit a new record high. The move above 10,000 effectively erased all the losses suffered from the coronavirus pandemic, yet, the […]

The housing market has built an incredible 9-year winning streak. But experts say that streak is about to come to an end. The Housing Market’s 9-Year Winning Streak Is Finally Coming to an End by CCN.com 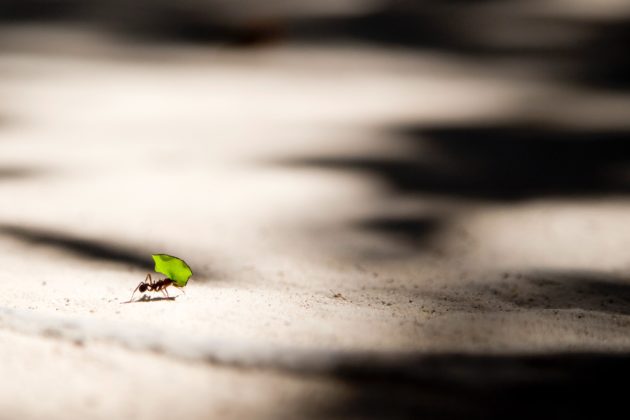 Bitcoin has seen unprecedented growth throughout the past decade, but as a market it is still incredibly small A visual comparison of BTC’s market size as compared to that of other assets and markets elucidates just how much room for growth there truly is This comes as analysts foresee a growing confluence of factors that […]

Regions with weak states and educated diasporas are seeing a rising demand for cryptocurrencies, stablecoins and decentralized applications.

Bitcoin’s market dominance is trending downwards since September 2019. The crypto’s top rivals have posted better year-to-date returns after Coronavirus-induced sell-off in March 2020. Top analysts have called for an altcoin season to begin this Q2. The Bitcoin Dominance Rate, a ticker that tracks bitcoin’s market share against rivaling crypto tokens, has fallen from 73.02 […]

Bitcoin Halving 2020: How Miners Expect the Crypto Markets to React

“If price performance following the November 2012 and July 2016 halvings is any indicator, bitcoin’s price should increase significantly over the 10- to 12-month period following the [third] halving,” said Huobi’s Ciara Sun.

Customers spent fewer bitcoins at darknet markets over the last two months despite the slide in the cryptocurrency’s price, according to data from blockchain surveillance firm Chainalysis. According to a report published by The Block, on March 28, 2020, premier cryptocurrency Bitcoin (BTC) continues to struggle to establish its “safe-haven” status amid the ongoing financial crisis courtesy of the devastating COVID-19 pandemic. Bitcoin “Safe-Haven” Status a Distant Dream? Launched in a bid to not allow an encore of the 2008 financial crisis […]

Trump declares “national emergency in the US”, unleashing $50 billion of Fed’s fund to tackle the virus Stock markets bounced from lows yesterday, after the activation of emergency protocol is expected to bring positive results. Bitcoin and crypto markets is also showing potentials of bulls with a huge bounce as well, but the fear from […]

Bitcoin has a media problem. Or, perhaps, the media has a Bitcoin problem.  Mainstream media has often framed Bitcoin with the same scandalous curiosity that may publicize a troubled former child star or a controversial tech startup. Most journalists have viewed it as a sideshow, a distraction that warrants only so much attention lest it […]

Binance said Monday it is offering a digital asset trading platform to power smaller exchanges in their local markets. 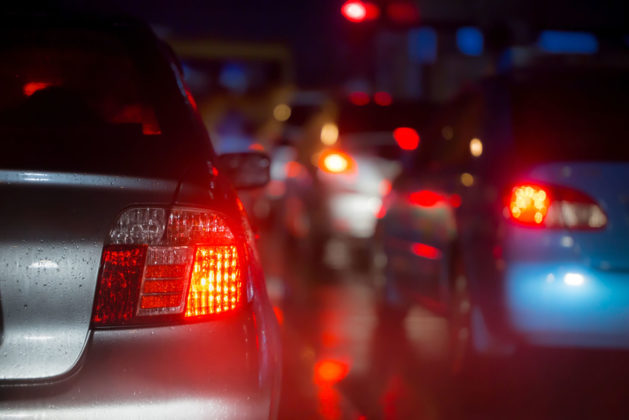 Market corrections are healthy and necessary after a long period of gains. Bitcoin remains above $10k this morning but pullback potential is growing as the altcoins start to see red. Crypto markets hit a peak total capitalization of $308 billion yesterday before one swift dump resulted in an $18 billion outflow. A very slight recovery […]

Take a break Golden Cross, bitcoin now has found a better technical indicator in Lamborghini this Valentine’s Day. So it appears, there is a great positive correlation between the cryptocurrency’s price rise and the mention of one of the most beloved sports cars on Reddit. David Gilbert of data analysis portal ChartStar noted that both […] 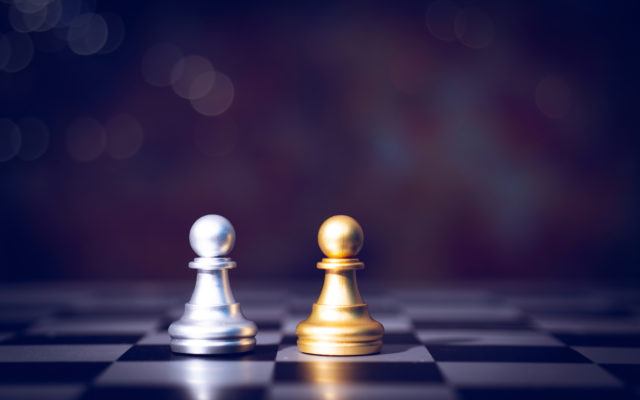 A recent crypto exchange review has revealed that the two dominant forces in bitcoin perpetual futures were Binance and BitMEX commanding 40% of the market between them. Top exchanges for total volume were a little unexpected though. Binance Gains Foothold in Bitcoin Derivatives Market Research and analytics firm Crypto Compare has recently released its December […]

Bitcoin and crypto assets are making a remarkable recovery today and markets are up almost $14 billion in under 24 hours. Bitcoin Leading Crypto Markets A few hours ago BTC started to move again, lifting off from its intraday low at support around $7,700. The move culminated in a top out at $8,250 according to […] 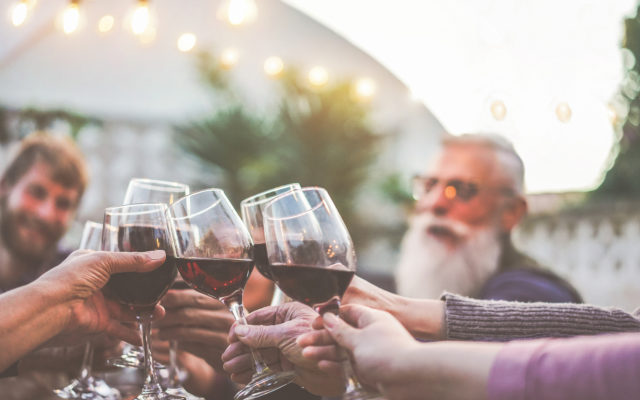 A six-year-old girl in London found that somebody had already written a message in one of a box of charity Christmas cards. It had apparently been written by a foreigner detained in a Shanghai prison and forced to work in the factory where the cards are produced. The prisoner should be thankful that he wasn’t forced […]

Bitcoin and other crypto assets haven’t done too hot over the past six months. Since peaking at $14,000 in June, the leading cryptocurrency, BTC, has lost some 50%, tumbling as bulls failed to keep the upward momentum, and as regulatory pressure and sell-side pressure from miners and the PlusToken scam hit the market. Despite this, […] It has been another miserable week for Ethereum as prices continue to erode. Further declines today have left the world’s second largest crypto asset in danger of hitting a nine month low. Decentralized finance (DeFi) markets are in an opposing trend with continued growth in the sector. Ethereum Hits $140 Ethereum is still deep in […] Bitcoin opened on a faint note this Monday as the market showed a lack of sense of direction owing to low volatility. The world’s leading cryptocurrency was trading at around $7,575.27 as of 1429 UTC after rising by 0.8 percent since the market open. The move upside brought the asset’s net month-to-date gains up by […] 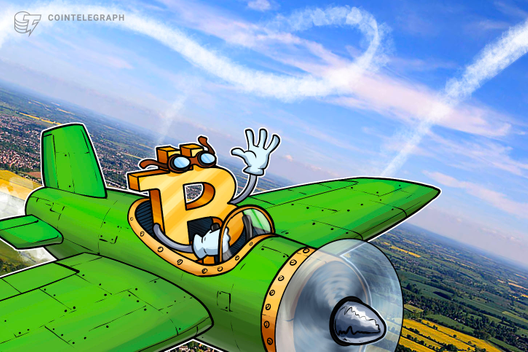 Cryptocurrency markets are trading in the green, with Bitcoin’s price recovering above the $7,500 price mark. Wednesday, Nov. 27 — Crypto markets continue to improve, with Bitcoin (BTC) showing signs of recovery as it finds its way back above the $7,500 price mark. Cryptocurrency market daily overview. Source: Coin360 Bitcoin started the day at $7,190, at […]