A combination of supply and demand dynamics and the actions of legacy financial systems will push bitcoin to $200,000 in 2021. Bitcoin has been on a tear in 2021, and if history is any indication, we should expect bitcoin to continue to run well past the six figures mark, and to $200,000 and beyond in […]

5 Oldschool Altcoins to Watch in 2021

If you’ve been thinking about entering the world of cryptocurrency but don’t know much about it, you’ve come to the right place. Below is a beginner’s guide on what it is, how it works, the cryptocurrencies that have the largest market capitalization (total value), how to invest and more worthwhile information. Here’s everything you need […]

ARK Innovation ETF (ARKK), the flagship ETF saw an inflow of $464 million inflow last week registering its highest ever inflow in 2021 and its second-highest of all time. The inflow is believed to have come from the rising stock prices of tech companies which is the primary composition of ARKK. Apart from the flagship […]

Bitcoin, the decentralized digital currency, was established on January 3, 2009 by Satoshi Nakamoto, the pseudonymous developer(s) who pieced together its original source code. Satoshi mined the very first Bitcoin block and received 50 BTC for the work. After that, the decentralized cryptocurrency network was born, and it would begin to grow and spread throughout […]

With the both of the top two cryptocurrencies setting new record high prices plus a look at what dogecoin says about our world, CoinDesk’s Market Daily is back with the latest news roundup.

Bitcoin Investment In 2021: What Should We Expect?

The bitcoin price has surged about 300 percent over the last 12 months thanks to mainstream adoption and institutional interest. It has rallied massively to surpassing all-time highs of $41,000. At the time of this writing, the price is hovering around $35,000 and it will be interesting to watch traders’ reactions and price behavior for […]

Bitcoin price has held on tightly to support at $30,000, and according to Raoul Pal’s Global Macro Investor Report, the leading cryptocurrency by market cap could 10x from there by October 2021. GMI’s model uses Metcalfe Value to make the prediction, and currently suggests the cryptocurrency is severally undervalued. Could that lofty target be only […]

With BTC shooting back up above $37K and a look into the aftermath of the GameStop moment, CoinDesk’s Market Daily is back with the latest news roundup. Bitcoin extended its pullback from its weekly high of $32,960 on Wednesday as the market’s focus shifted on the Federal Open Market Committee’s first meeting of 2021. The flagship cryptocurrency dropped to an intraday low of $30,818, down about 5.5 percent from its opening rate. The appetite for riskier safe-havens weakened against a stronger US […]

Global markets hit new heights last week, reflecting the dawn of Biden’s administration as the 46th US president was inaugurated on Wednesday. The S&P 500 was the leading beneficiary, whilst the FTSE 100 also climbed on the ‘Biden bounce’. Conversely, bitcoin struggled and spent much of the week on a slow but steady decline, but […] 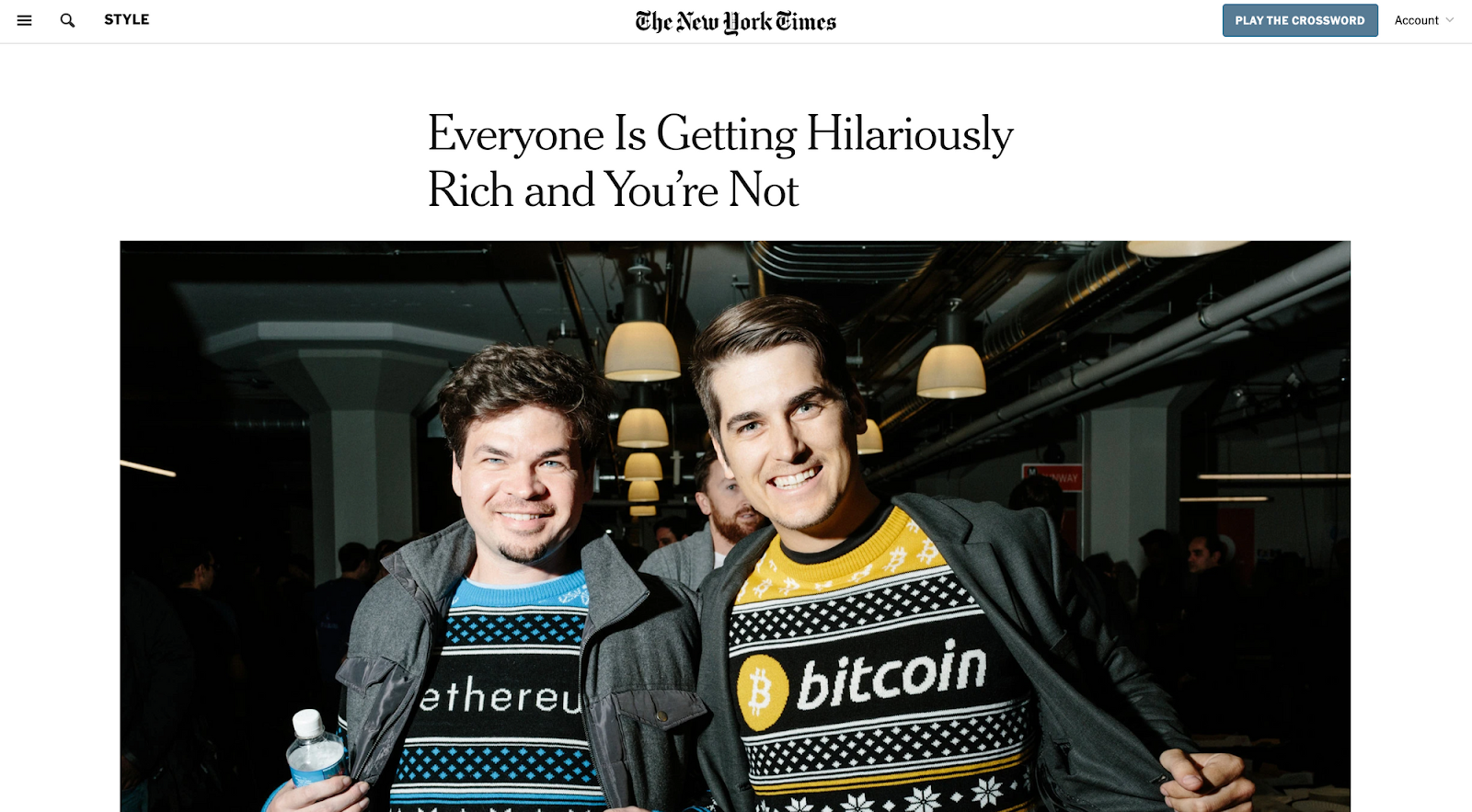 2021 is shaping up to be a momentous year for Bitcoin as the price hurtles toward $40,000 — more than double its 2017 all-time high. As HODLers rejoice and naysayers are left in disbelief, it’s important to note that a lot has changed in the world since 2017, making this bull run infinitely disparate from […] 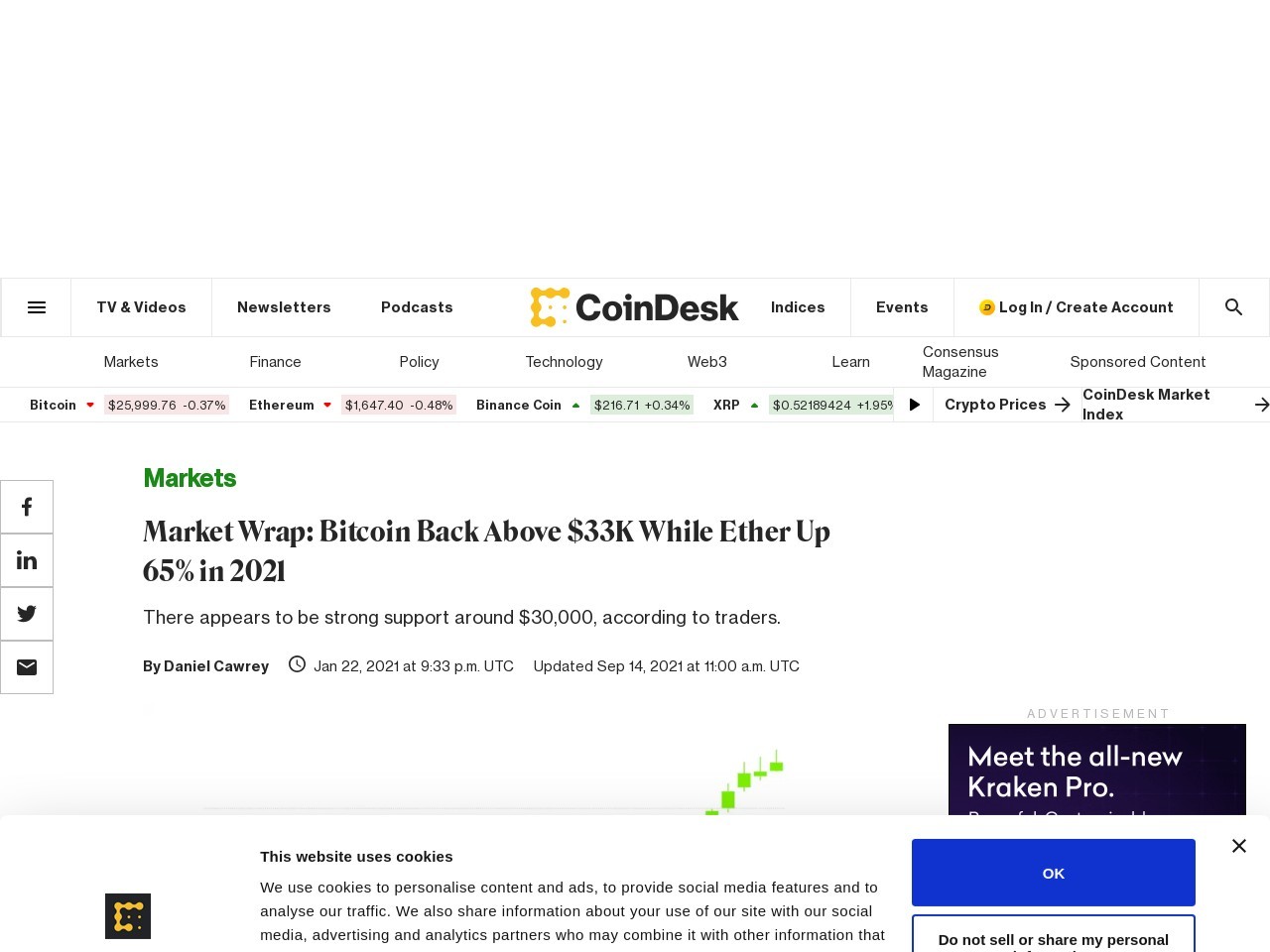 There appears to be strong support around $30,000, according to traders.

High gas prices are a thorny subject for the Ethereum community. The issue gained widespread coverage during the summer of DeFi when demand and network usage were sky-high, resulting in less than palatable charges. Ethereum Improvement Proposal (EIP) 1559 is touted as a solution to the problem, but it wasn’t clear whether it would see […]

Why Bitcoin Is One Of The Most Undervalued Assets In 2021

According to Bloomberg, bitcoin’s 9 million percent price rise makes it the best performing asset of the last decade. But what if I told you that even in 2021, Bitcoin is still one of the most undervalued assets there is? If you are one of those people who has thought of putting money into bitcoin, […]

Total crypto market cap added $74 billion to its value for the period since Monday morning and now stands at $1.033 trillion. The top ten coins are all in green for the last 24 hours with PolkaDot (DOT) and bitcoin (BTC) being the biggest gainers with 37.1 and 11 percent increases respectively. At the time […] Crypto price volatility at the start of the year seems to be making cryptocurrency fund investors wary as capital inflow for the sector has experienced a massive decline. The virtual currency market has seen a sudden spike to reach a $1 trillion valuation before a massive retrace that has seen “coins” fall significantly from their […]

Ethereum Options Contract Hints At The Altcoin Closing 2021 Over $10K

Ethereum is nearing its former all-time high of $1,440 set back in 2018 at the peak of the crypto bubble. Those who hed the altcoin throughout the bear market are finally getting the comeback they have been waiting for. But according to the strike price of a December ETH options contract that just debuted, the […]