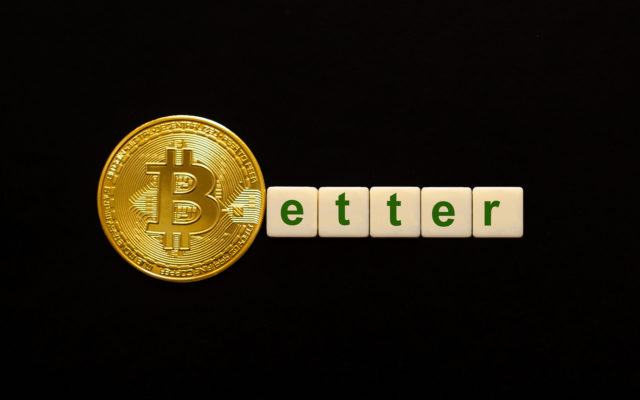 Do you remember Grayscale Investment’s “Drop Gold, Buy Bitcoin” ad that went viral on social media? Well, Barry Silbert, founder and CEO of the largest crypto asset manager in the world, announced that a second TV ad is in production right now.

If you happen to keep gold in a depository account or at home, it’s time to get rid of it and buy Bitcoin instead. This might be the message of the second TV ad by Grayscale Investments for its flagship product – Grayscale Bitcoin Trust. The first commercial was quite funny:

On Tuesday, Barry Silbert, who is also founder and CEO of Digital Currency Group (DCG), tweeted that the production of the second ad from the Drop Gold series had been approved and already started.

Ironically, Silbert cc’ed the London-based World Gold Council in his tweet. The latter is the market development organization for the gold industry.

However, as many Twitter commentators suggested, it’s a bit unfair to bash gold while promoting Bitcoin adoption and forget about fiat currencies. Gold is an investment that preserves value and is used to hedge against fiat money’s inflation risks. Bitcoin itself is called digital gold and was launched as a result of the financial crisis in 2008.

Interestingly, gold and Bitcoin have demonstrated relatively similar performances during the last 30 days, as they were both playing the Sino-US trade war card.

Grayscale Bitcoin Trust is On Fire Amid BTC Rally

Grayscale Bitcoin Trust (GBTC) has gained over 190% in the second quarter of this year, the WSJ reported at the end of June, citing data from Morningstar. Thus, GBTC has been by far the best performer among all the funds and other mainstream investment instruments. For comparison, gold futures gained 9%, and the S&P 500 index added 3.8% for the same period. In fact, GBTC outperformed all the funds for the entire first half of 2019.

Grayscale has invested in other cryptocurrencies, including Ethereum, Ethereum Classic, Litecoin, Bitcoin Cash, Stellar, XRP and Zcash. Currently, the firm has $2.7 billion in total assets under management. 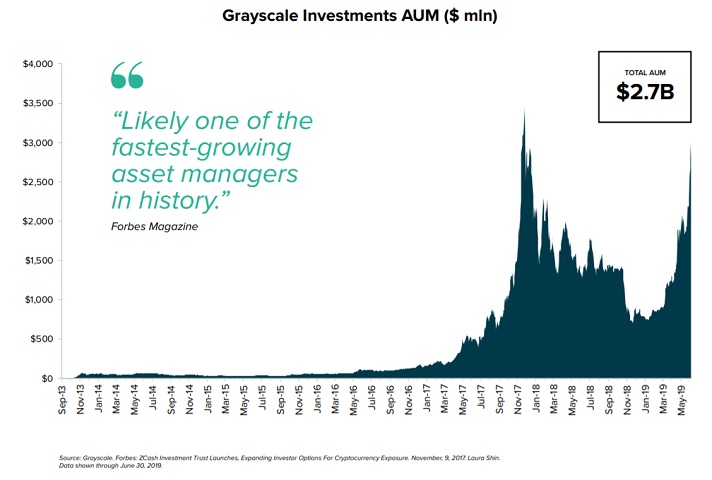 Do you think Grayscale’s upcoming TV ad will be as interesting as the first one? Share your thoughts in the comments section!