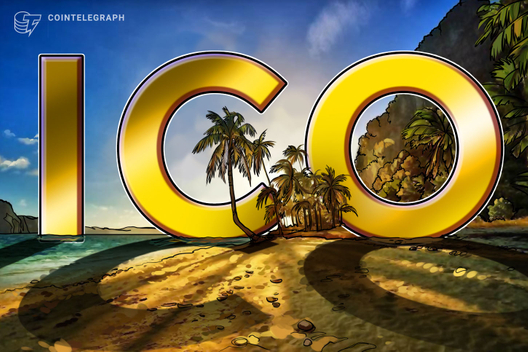 A new report from ICObench claims that the initial coin offerings sector is showing signs of an uptick due to positive investor sentiment.

The initial coin offerings (ICO) sector is showing signs of an uptick due to positive investor sentiment, apparently spurred by the recent crypto market rally. The data was revealed in a new report from token rating platform ICObench, shared with Cointelegraph on May 25.

Providing data as of May 21, the report notes that the success rate of ICOs has increased, ostensibly reflecting a rise in projects’ quality. 85% of total funds raised so far in May reportedly belong to projects with a high (3-3.5) rating — as compared with 68% in April.

According to ICObench’s data, the number of published projects in May has increased by 157 to hit 5,512 projects, with 287 ongoing ICOs and 140 upcoming token sales expected.

The report notes that data for the total funds raised so far in May has been overwhelmed by the reported $1 billion initial exchange offering (IEO) from cryptocurrency exchange Bitfinex — bringing the total amount of funds raised via token sales this month to roughly $1.075 billion.

As reported, an IEO represents an alternative model of token offering wherein a centralized crypto exchange operates the sales and ostensibly vets both the projects themselves and prospective investors.

Aside from Bitfinex, IEOs from Economi and Poseidon each raised around $10.5 million and 2.4 million respectively, according to the report.  The sum of all funds collected from the top 5 IEOs (excluding Bitfinex) so far this month hit almost $15.5 million.

Bitfinex’s major offering has resulted in May being the month with the highest total funds raised so far in 2019. In ICObench’s historical data — which represents May 2018 through May 21, 2019 — only May and June 2018 saw higher levels of total funds raised via token sales.

In mid-May, Bitfinex unveiled its own native exchange utility token, LEO, for which the exchange had ostensibly raised the $1 billion in a private IEO — removing the need for a public offering. Also this month, together with spin-off Ethfinex, Bitfinex has launched an IEO platform.

The exchange meanwhile continues to challenge court proceedings sparked by the New York Attorney General’s (NYAG) recent accusations against it. The NYAG alleges that the firm lost $850 million in user deposits and had subsequently secretly covered up the shortfall using funds from its sister firm, stablecoin operator Tether.