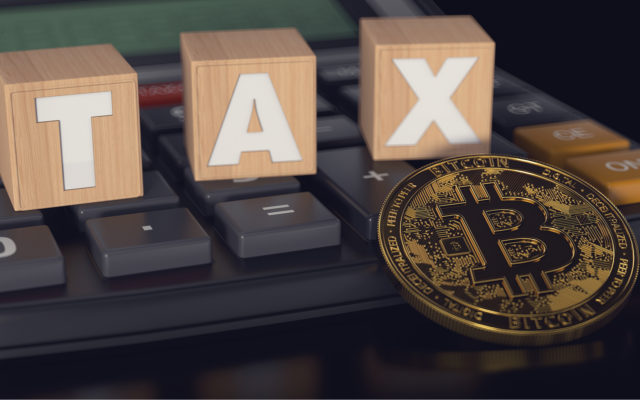 According to the Wall Street Journal, The Internal Revenue Service (IRS) is expected to update its guidance on Bitcoin tax treatment within weeks. In the meantime, members of the U.S. Congress fear that the U.S. is falling behind other nations in the crypto industry. This fear is prompting them to consider bills to clarify legal issues surrounding cryptocurrencies and thus propel the development of the crypto industry.

Is a Bitcoin Tax Exception Within The Realm of Possibility?

Under pressure from lawmakers, the IRS is expected to update its 2014 guidance on cryptocurrencies within the next few weeks, according to the WSJ.

Presently, the IRS refers to Bitcoin and other crypto assets as “virtual currencies.” And it considers them to be an asset or property.

This is about to change, depending on how the IRS updates its Bitcoin-related guidance. In a letter addressed to Rep. Tom Emmer (R., Minn.) the IRS indicated that the guidance update, “would address methods for calculating taxes ‘and other’ issues,” the WSJ reports.

Some Lawmakers Are Acting To Level Bitcoin Playing Field

The U.S. is lagging behind in the global crypto industry race, as regulatory burdens and the lack of legal clarity are stifling innovation. As a result, some U.S. lawmakers are getting worried and pushing for legislation that would stimulate the growth of the crypto industry.

These lawmakers are aware that other countries are ahead of the U.S in the industry. For example, Japan and Switzerland already have in place regulatory frameworks to attract new projects and investments. Thus, Facebook preferred to incorporate the Libra group in Switzerland instead of the U.S.

Bitcoin supporters expect that U.S. legislation will avoid classifying cryptocurrencies as securities in order to facilitate the advancement of Bitcoin-friendly rules.

The IRS defines a de minimis as follows: “In general, a de minimis benefit is one for which, considering its value and the frequency with which it is provided, is so small as to make accounting for it unreasonable or impractical.”

Additionally, Senators Todd Young (R-Ind.) and Ed Markey (D-Mass.), members of the Senate Committee on Commerce, and Science, and Transportation introduced the Blockchain Promotion Act of 2019, on February 26, 2019.

One of the purposes of the Blockchain Promotion Act is to exempt nonfinancial businesses using blockchain from being classified as money transmitters.

“Blockchain has the potential to be a catalyst for sustained economic growth across all industries in America. If America leads in its development, we can ensure that its benefits will be shared far and wide. Blockchain has the potential to not only provide financial and economic benefits at home, but humanitarian and social support in developing countries will benefit from American leadership.”

How do you think the IRS guidance update, the Token Taxonomy Act of 2019, and the Blockchain Promotion Act will impact Bitcoin’s value? Let us know in the comments below!