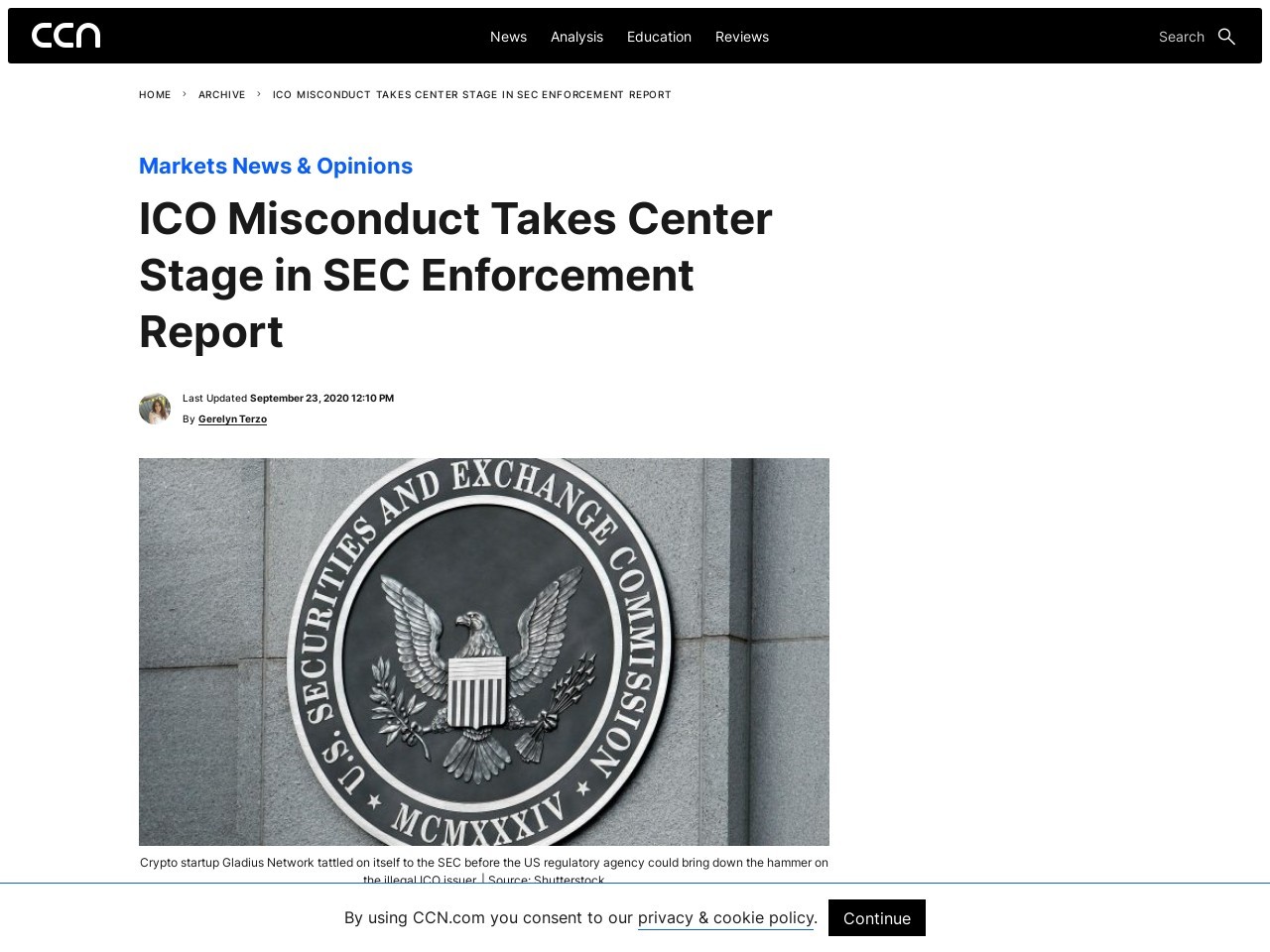 Despite the fact that the US Securities and Exchange Commission (SEC) has yet to craft a clear regulatory framework for cryptocurrencies, the agency placed a great deal of emphasis on the space this year, particularly on initial coin offerings (ICOs). The SEC’s Division of Enforcement published its fiscal year 2018 annual report, the second one of … Continued