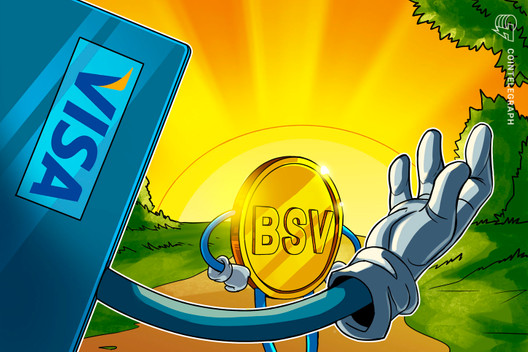 “To put the transaction capacity in perspective, the VISA network, which has long been viewed as the gold-standard for payment processors, handles an average of 1,700 transactions per second.”

It said the test network has processed blocks of almost 2GB in size, containing 7.877 million transactions.

Bitcoin SV and Bitcoin Cash emerged out of the scaling debate over Bitcoin — which centered around claims the BTC network’s inability to process more than a handful of transactions per second meant it could not achieve mainstream adoption. BCH and BSV both pursued bigger block sizes as a way to scale.

The annual report covers the period February 2019 to February 2020 and makes some bold claims, including that Bitcoin SV offers better transaction fee returns for miners than its rivals:

“Bitcoin SV is emerging as the most profitable Bitcoin network for transaction processors (miners) to be working on, offering better returns than BTC on the majority of days from September 2019 to February 2020.”

However, Messari put Bitcoin SV’s transaction fees over the past 24 hours at just $255 while Bitcoin raked in $214,199 in transaction fees. It’s unclear in the report how BA arrived at its conclusion on fees.

The report cites data showing transactions grew to almost 600,000 a day by February, which was considerably higher than BTC. Critics however have argued much of the transaction volume on BSV is ‘busy work’ from apps writing weather or crypto price data to the blockchain.

The report said the average block size in February was 2MB, which is double the 1.05MB size for BTC and twenty times that of BCH’s 0.10. Each BSV block processed an average of 4127 transactions. 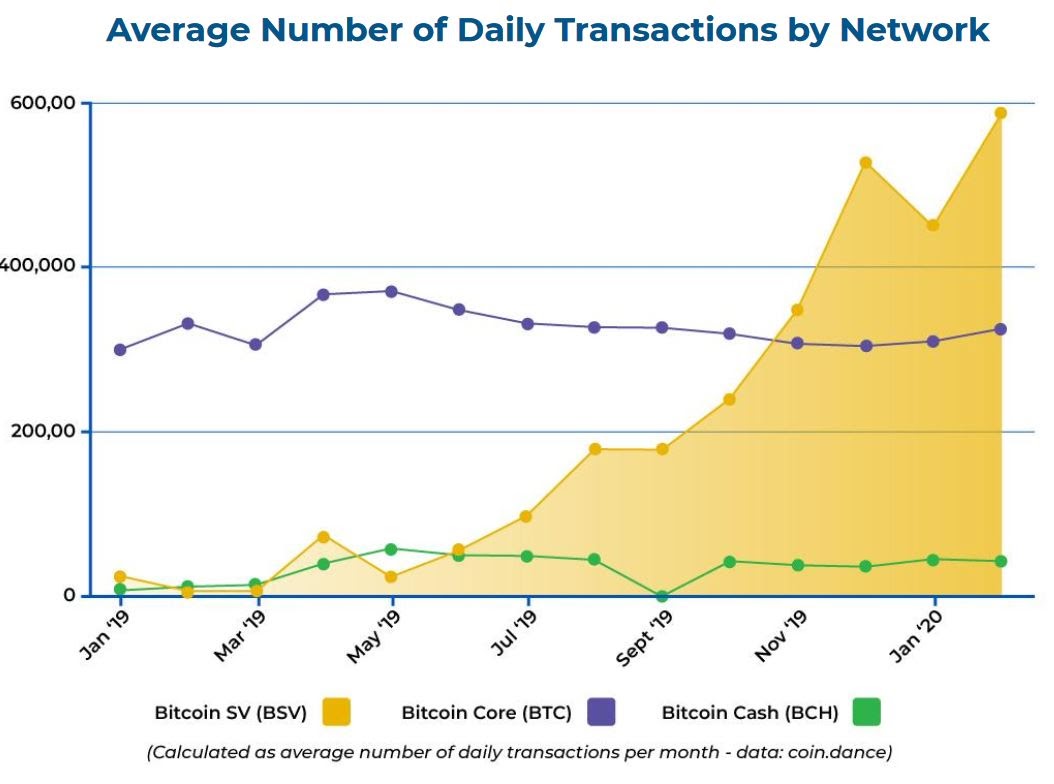 The Association now has 1200 members, including more than 300 “Applications or Services” and more than 100 Developers. The top five countries for members are China, USA, UK, Canada and Australia.

There are around 400 “known ventures and projects ” being built on BSV, and 250 companies and services and said to support the blockchain

Bitcoin SV was created in a controversial hard fork in November 2018, after the project split from Bitcoin Cash. Led by Wright, who controversially claims to have invented Bitcoin, the project has a relatively small but devoted community.

BA president Jimmy Nguyen, who was recently subpeonened via Twitter in the Craig Wright/Ira Kleiman court case, wrote in his introduction it had “been a big year for the original Bitcoin”.

“As excitement for the “Satoshi Vision” has rapidly grown, our Association has expanded its remit – and the global team required to support that – as we accelerate our efforts to increase the adoption of Bitcoin SV.”

The annual report ended with a thank you to BSV’s billionaire benefactor Calvin Ayre for bankrolling the entire operation. “We could not do our work without Calvin’s support and his belief in Bitcoin Satoshi Vision,” it said.