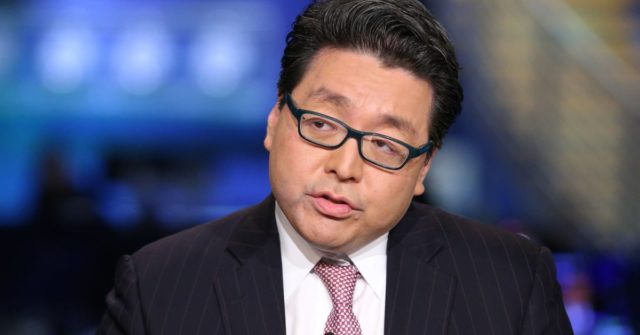 Bitcoin’s price has to be about $150,000 to be liquid enough for a related exchange-traded fund (ETF), Fundstrat’s Tom Lee said in an interview with BLOCKTV.

Bitcoin ETF is Years Away

A Bitcoin ETF is a few years away from now, according to Thomas Lee, co-founder of market research firm Fundstrat.

Contrary to popular belief that the US Securities and Exchanges Commission (SEC) is impeding the good progress of the cryptocurrency market, Lee actually praised the regulator for its ability to control the emerging space and protect institutional and retail investors from potential scams.

According to Fundstrat’s head of research, institutions are attracted by a market that is properly regulated. Thus, the SEC is actually doing a favor. Nevertheless, the US regulator might have harmed the industry by going slow.

The most important achievement that will make Bitcoin attractive for institutions is the creation of an ETF, Lee says. However, he doesn’t think the SEC will approve a BTC-related fund anytime soon. One of the reasons why the regulator is hesitant is the Bitcoin market size. Currently, the market cap of the oldest digital currency is under $150 billion.

Lee estimated that the largest cryptocurrency by market cap has to be priced at no less than $150,000 to be liquid enough to back an ETF.

An ETF is likely to generate close to 13 billion dollars of demand the first year, and that’s a massive demand imbalance to available supply

SEC Doesn’t Step Back on its Stance

The SEC looks very determined to keep Bitcoin ETFs away from US investors for now. Earlier this month, we reported that the US financial watchdog rejected a Bitcoin ETF proposed by Bitwise Asset Management. Curiously enough, Bitwise executive expressed hopes that the SEC would finally approve the listing, which was not the case.

Nevertheless, ETF providers are not discouraged. Asset manager Kryptoin Investment Advisors has recently filed an application with the SEC to create a BTC ETF that would track the CME CF Bitcoin Reference Rate. The firm is assisted by the ex managing director of the World Gold Council.

When do you think we’ll see Bitcoin fluctuating at around $150,000? Share your expectations in the comments section!