Bitcoin Can “Move Faster” Than Tesla If It Breaks This Key Level: Trader 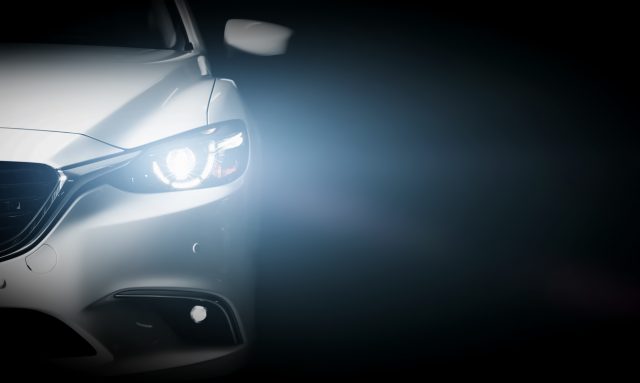 Unlike Bitcoin, the stock of Tesla (TSLA) has been on a tear over recent weeks and months. Just look at the chart below, which shows that the shares of the world-famous car company have gone parabolic.
Chart of Tesla’s price action over the past year from TradingView.com
As mentioned, Bitcoin’s gains, by comparison, have been paltry.
While Tesla shares are up by around 800% since June of 2019, BTC is down by 25%. Even since the start of the year, the company’s shares have surged by over 200% while Bitcoin has rallied only 20%.
According to a top cryptocurrency trader, though, BTC may soon move as fast as Tesla has appreciated. The issue, it will need to break past $10,500 first.
Bitcoin Breaking $10,500 Will Trigger a Massive Rally
According to a cryptocurrency trader, Bitcoin could see an extremely strong rally after the asset decisively moves past $10,500:
“When #Bitcoin breaks back above 10.5k I think it’s going to move faster than $TSLA did. Super low float and way more eyes on it now. Nothing pumps like $BTC.”
This has been echoed by another trader, the head of technical analysis at crypto research firm Blockfyre. He wrote on the matter in May:
“If Bitcoin gets over this. There isn’t much standing in the way of new all-time highs. They’d be on the horizon. Way less resistance than anything BTC overcame going from 3.7k to here. Would be a macro higher high confirmed. Don’t underestimate the implications!”
This extremely positive sentiment is for good reason: $10,500 has been a crucial level for Bitcoin over the past year.
Just look at the chart below, which shows that $10,500 was a level that BTC was rejected twice, once in October and once in February. The fact that Bitcoin is now consolidating under that level only accentuates its importance.
Chart from TradingView.com illustrating the importance of the $10,500 level for Bitcoin over the past few years.
Is It Possible?
Analysts say that it’s possible for Bitcoin to soon past $10,500, which is around 15% higher than the current market price of $9,160.
As reported by Bitcoinist previously, as long as the leading cryptocurrency holds $8,800, it will rally towards $10,500. $8,800 is important as it confirms the asset is seeing a hidden bullish divergence that suggests upside is in the works.
“This is what you should have seen. As long as price continues to close above 8.8k on the D3 TF, this hidden bullish div is likely to play out and send us to the moon (10.5k+).”
This was echoed by another analyst, who pointed to four technical reasons indicating the cryptocurrency will rally to $10,500, then $11,500.
Featured Image from Shutterstock
Price tags: xbtusd, btcusd, btcusdt
Charts from TradingView.com
Bitcoin Can “Move Faster” Than Tesla If It Breaks This Key Level: Trader